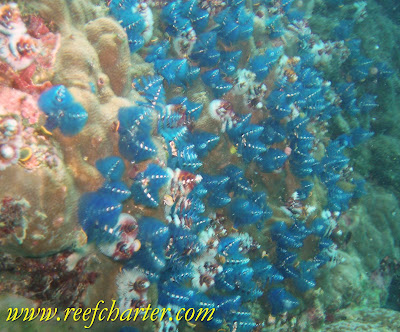 In keeping with the season another part of the ecosystem of the Great Barrier Reef and one of my favourites is the Christmas Tree Worm.  So name because of the shape of the extruding part of the worm.  The trees are the mouths of the worm. Christmas tree worms feed primarily by filtering the food from the water around it. Each spiral is actually composed of feather-like tentacles which allows any prey that are trapped in them to be transported straight towards the worm’s mouth. they also use the trees as gills.  Any sudden movement or sounds near the worm and it retracts immediately into it’s tube. 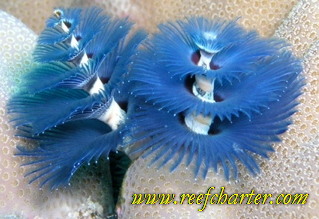